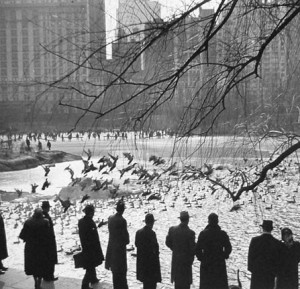 Hi, and welcome to “New York City in the ’40s.”  My apologies if you stopped by the site earlier and saw nothing.  I’m new to Word Press and just getting the hang of things.

My hope, though, is that we can use this blog as our main course management tool.  I’ll put some course readings on Moodle for intellectual property reasons, but I expect to use this blog as our main means of communicating outside the classroom.  You should be able to find the course syllabus to the left.  Up shortly will be more detailed explanations of course requirements.

For now, I hope it will be enough to say that this course will be a research seminar about the literary and cultural life of New York in the 1940s–famously, a golden age in the life of the metropolis and a period of remarkably rich cultural invention.  Among the better known creations that emerged from this world: abstract expressionism, bebop, the “new” liberalism, the beat movement, and method acting.  But these are only a small sample of the exciting developments of the era.   For example, it was also a great moment for urban photography.  Andreas Feininger, who took the pix included in this post, is one of the legendary figures of the era.

We’ll want to be thinking about what it was in the life of New York at the time that made it such fertile ground. To put the question the other way around, we’ll want to consider what features of New York city’s cultural and intellectual life in this period became important to a larger national and international community in the years to come and why.

I’ll ask you to think about these questions both by considering the course readings and engaging in our seminar discussion and by engaging in an independent research project.  I’ll explain more about that project in class and on the formal explanation of course requirements which is soon to appear.  For now, I hope it will be enough to know that I’ll ask you to gather information about some focused aspect of the cultural life of New York in the 1940s and to think about ways it might be meaingful understood and presented to a broader public.

I look forward to talking with you in class. 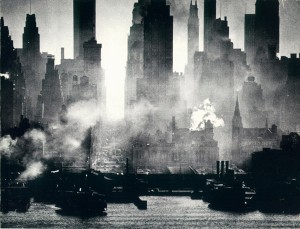